Anyone who has fly fished a great small stream is sure to return as often as possible. The big rivers and stillwaters with bruiser trout are always going to draw you in but the small stream has a different appeal.

It is a place where you can find solitude and pick apart the water in precise fashion. While small streams are diverse and some yield big fish in deep pockets, it is rarely size that you are chasing. First time fly fisherman discover the why the sport is so enjoyable.

Reading the small streams is not difficult but making an approach can be tricky. The fish will inhabit any and every break in the current including undercut banks, downed trees, drop pools and the pockets formed around boulders.

Fish are also found in shallow riffles and along current seams that provide some protection from predators and supply a steady stream of oxygenated water and food. In many streams, it does not matter where your fly lands, but it must not spook the fish. 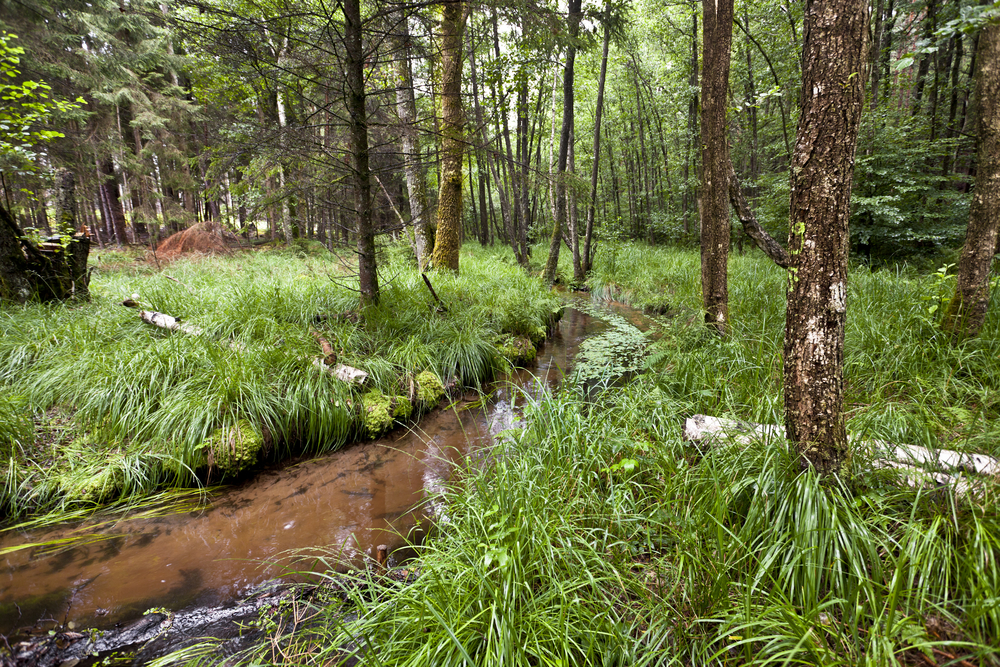 Approach every stream with the assumption that the fish are easily spooked. While this may not seem to be the case as 8-12 inch trout fight over your fly, you could be missing a 16-18 inch fish that is put down by your presence.

This means you should not stomp along the bank in meadow sections and you should
make a cast the places a solid buffer between you and the run. Also watch your shadow and keep a low profile.

One of my favorite small stream approaches is to stand right in the middle of the stream or on a bank and work my way against the current, making three casts followed by two steps.

The casts hit each bank and midstream with additional casts being made to cover any exceptional holding water. This system allows you to cover the water thoroughly and at a steady pace. Once you find your rhythm, it is easy to lose track of time and fish until dark.

Shadows are not a big issue on forested streams where natural shadows are the norm. This is especially true on cloudy and partly cloudy days. Sections of water that are exposed to the sun in a consistent manner make fish wary of shadows.

Casting a shadow with your body is something to avoid but you must also monitor your cast. False cast to the side and deliver your final cast to the area where you expect to find a fish.

The upstream approach works really well with a roll cast and the system saves a fair amount of energy. Lay down a presentation, strip to keep pace with the current for a few feet and make a roll cast to the next spot.

You can do this all day without casting shadows and it keeps you out of the bushes and stream-side vegetation. The minimized presence pays off big when you hit an unexpected deep run that is holding a bigger than average fish. 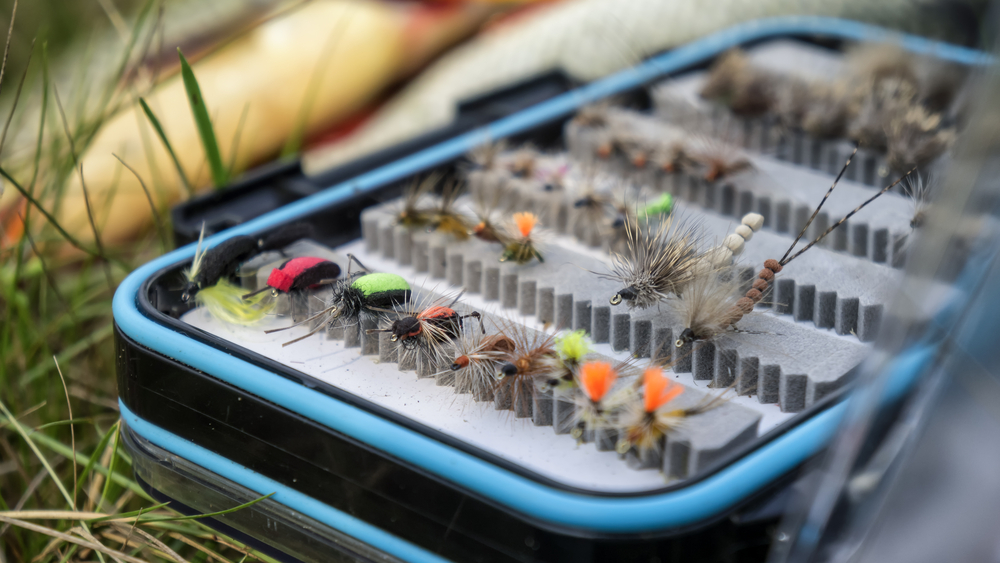 Unless the stream receives high angling pressure, fly selection is not a major issue. Choose patterns that are durable and fun to fish. For trout, I typically go with a Yellow Humpy or a Stimulator.

If the stream has windy meadow sections, I use a foam hopper and I always carry a few parachute adams for any mayfly situation. It is also a good idea to carry a few bead head nymphs like pheasant tails, hares ears and prince nymphs for slow days.

The addition of the nymph can triple your catch rate but I only use it when necessary as a single fly is fun and simple. Also keep a couple of streamers in your box. Any wooly bugger, zonker, slump buster or weighted streamer will do.

You may run into beaver ponds with a deep hole or an unexpected canyon run that is way deeper than the rest of the stream. Every so often, one of these runs holds a whopper that will rock your 3 weight and send you spinning. 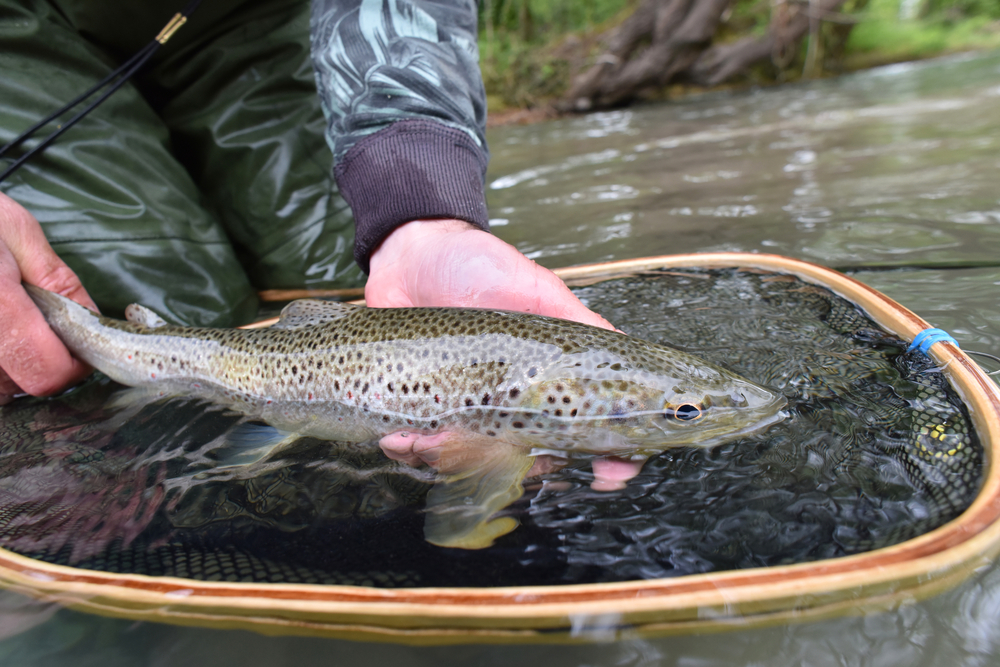 In most cases, fishing the small streams is limited to the peak summer season. Access to the backcountry is limited and snow melt makes things difficult. There are regional exceptions and spring fed waters can be productive all year.

Although the summer is prime for these waters, there are short windows of great action in the spring and fall if the stream feeds a fish filled lake or river. Focus on the lowest sections of the stream as the spring rainbows or fall browns move through
on their way to spawning territory.

Only catch them in transit and keep it sporting (don’t fish the redds). The window is usually short and in some drainages, the fish will cover many miles before stopping to spawn. You might run into them one day and find that they have vanished the next. 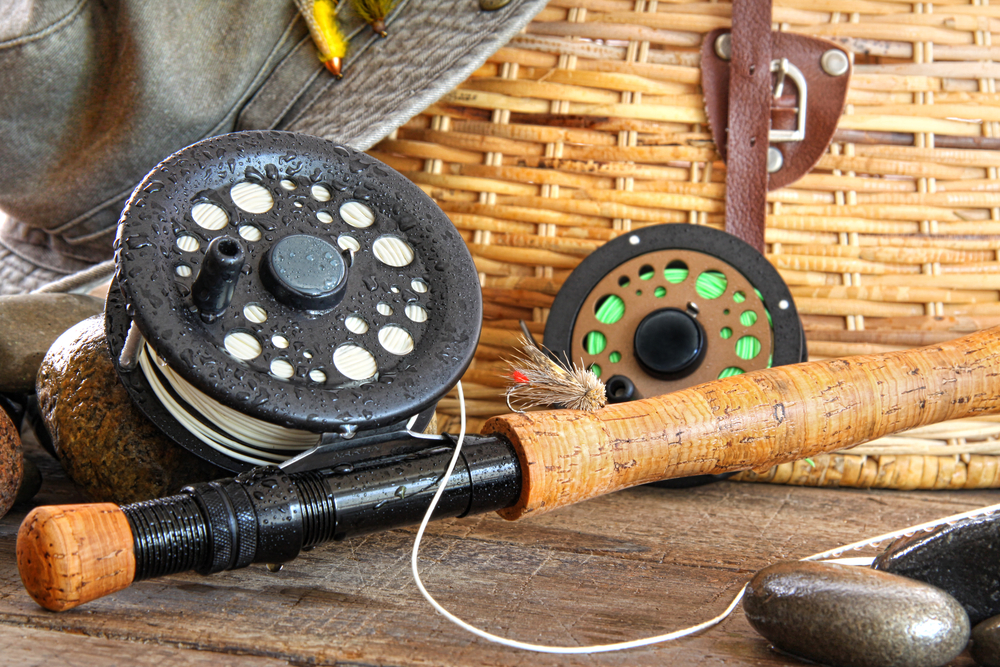 Gear is simple for the small stream angler. A 3 weight is sufficient for most but you may want something even smaller for some waters or something slightly heavier if you know big fish inhabit the area.

I like a 4 weight glass rod as a compromise for small waters and potentially bigger fish. It is delicate, flexes on the little guys and won’t break on the big ones. Use a small fly reel and line to match with a 7.5 foot leader for most places.

Slick water spring creeks may require a 9-11 foot leader. I carry one fly box, floatant, nippers and a backpack with the usual snacks, water, camera, rain jacket and treats for the dog.

As recommended in our fly tackle checklist, throw in some bug spray and sunscreen if you use it and hit the trail. The lighter you pack, the easier it is to scramble around and cover ground throughout the day.

Small waters are often overlooked and overshadow by destinations. If you put in the time and really explore the drainages in your area, it is possible to really score a sweet spot.

While the excitement makes you want to share, keep it to yourself and disguise your pictures to avoid landmarks. Many smaller waters are sensitive to pressure and opening your mouth may be the end of the great fishing you have discovered.